WHOM WE WORK WITH

The owner and managing director of Intellexi Ltd. is Mónika Alíz MÉSZÁROS.
Mónika has been involved in international project work worth EUR 100 million so far.

Mónika Alíz MÉSZÁROS holds years of experience in various European and international funding programmes, including the European Research Framework Programme, H2020, COSME and CIP among others.

She finished the university specialised in international relations and completed that with studies in Finland and Japan. She has been a business development expert for more than 20 years and has handled various international projects such as SEE, CE, COSME Erasmus for Young Entrepreneurs, EIC, Climate KIC, CIP Eco Innovation, and Specific Action for the Enterprise Europe Network.

Mónika has a complex job track as she was working for state agencies and a private company before starting her own company. She was working as the head of the Enterprise Europe Network at the ITD Hungary, later at the Hungarian Investment and Trade Agency (HITA) which was the consortium leader of the only Hungarian Enterprise Europe Network consortium.

Mónika has been the official and contracted evaluator for the Horizon 2020 SME instrument calls since the beginning of 2015 and for the INTERREG Central European projects. 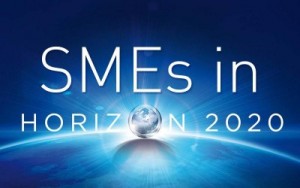 Check out the events we have participated in!